Want to know if your users are sleeping better now than they have been in the past?

Analyze helps you focus on your most chronically fatigued users. Using Trend, it's easier than ever to see who's improving, who's not, and who's regressing. 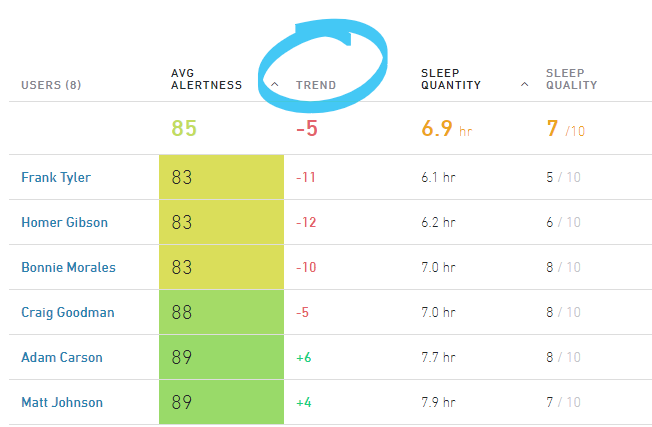 The number under trend can be understood as: The change in average ReadiScore when comparing the most recent data to the older data in the date range you chose.

How are trends calculated?

As long as there are 14 days of ReadiScores within the date range you select, with ReadiScore data in both halves of the date range, you’ll see a number in this column. Otherwise, you’ll get a “-”, meaning Trend couldn’t be calculated.