All Collections
Using sleep data to manage fatigue
What are ReadiScores?

Written by Robert Higdon
Updated over a week ago

When we talk about fatigue, we’re referring to the mental fatigue brought on by a lack of sleep. But that can be hard to wrap your head around.

That's where ReadiScores come in.

Your alertness can be rated on a scale of 0-100

The ReadiScore uses sleep estimations from the ReadiBand to give a wearer their personal fatigue rating.

Studies show a direct relationship between the ReadiScore and:

ReadiScores and fatigue impairment
A ReadiScore in the high 80’s or 90’s means you’re well rested. However, as scores decrease, performance tails off, and the safety risks associated with the higher level of fatigue increases.

Fatigue from a lack of sleep has similar effects on us to alcohol.

It’s no surprise workplace accidents are likelier and athletic performance is hindered when fatigue is present.

The ReadiScore has been linked to Blood Alcohol Concentration readings from a breathalyzer. Specifically, a score of 70 compares to a 0.08 BAC reading. 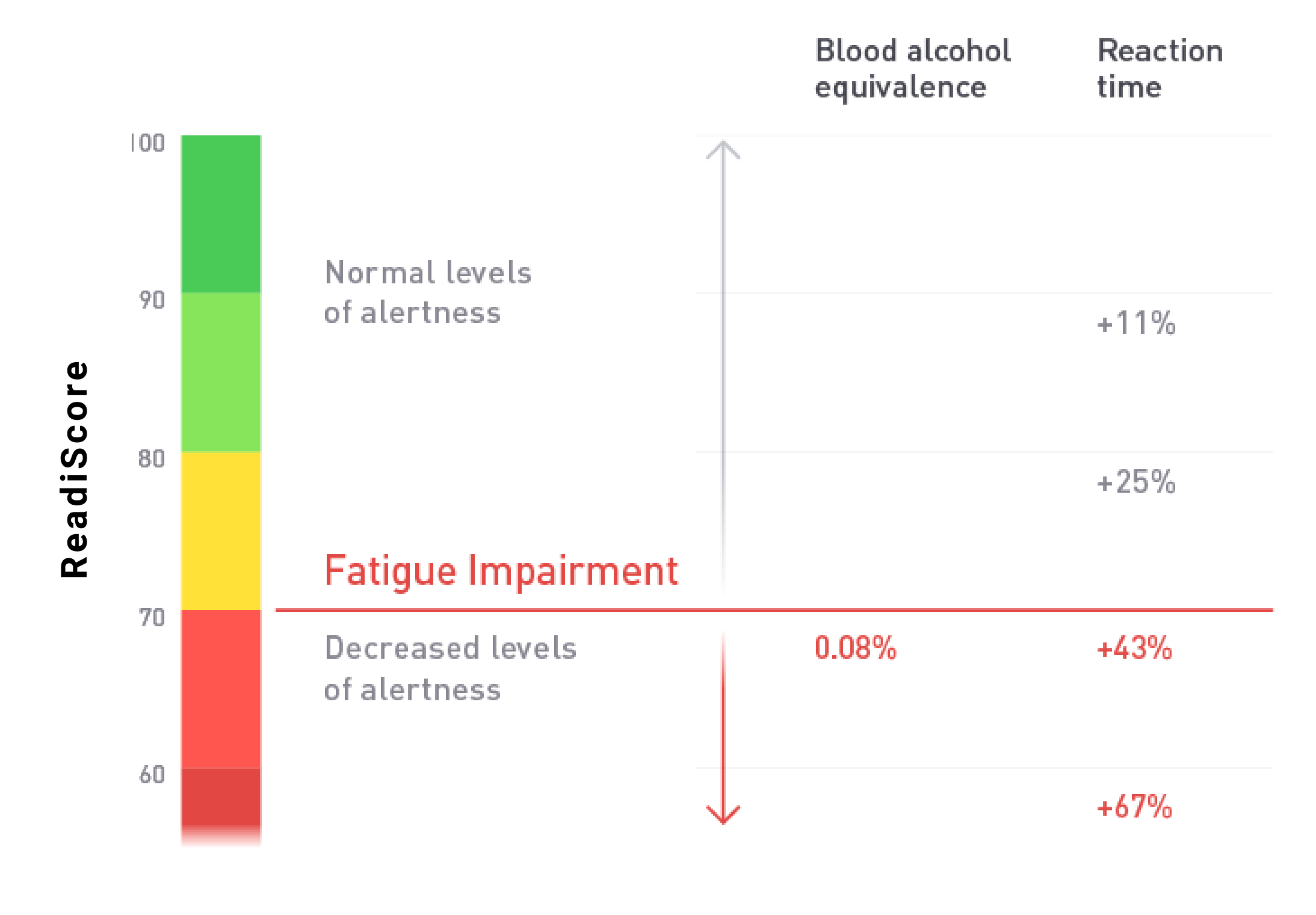 Your ReadiScore is directly informed by the quantity and quality of your sleep, as well as how consistently you go to sleep and wake daily.

In other words, good sleep habits, sustained over time, will result in a higher score.

But there are many other factors that can influence your alertness that the ReadiScore doesn’t account for including: the use of stimulants, medication, or other underlying health issues.

ReadiScores dip and rise throughout the day

If you tend to feel energized or drowsy around the same times each day, that’s your circadian rhythm at play. 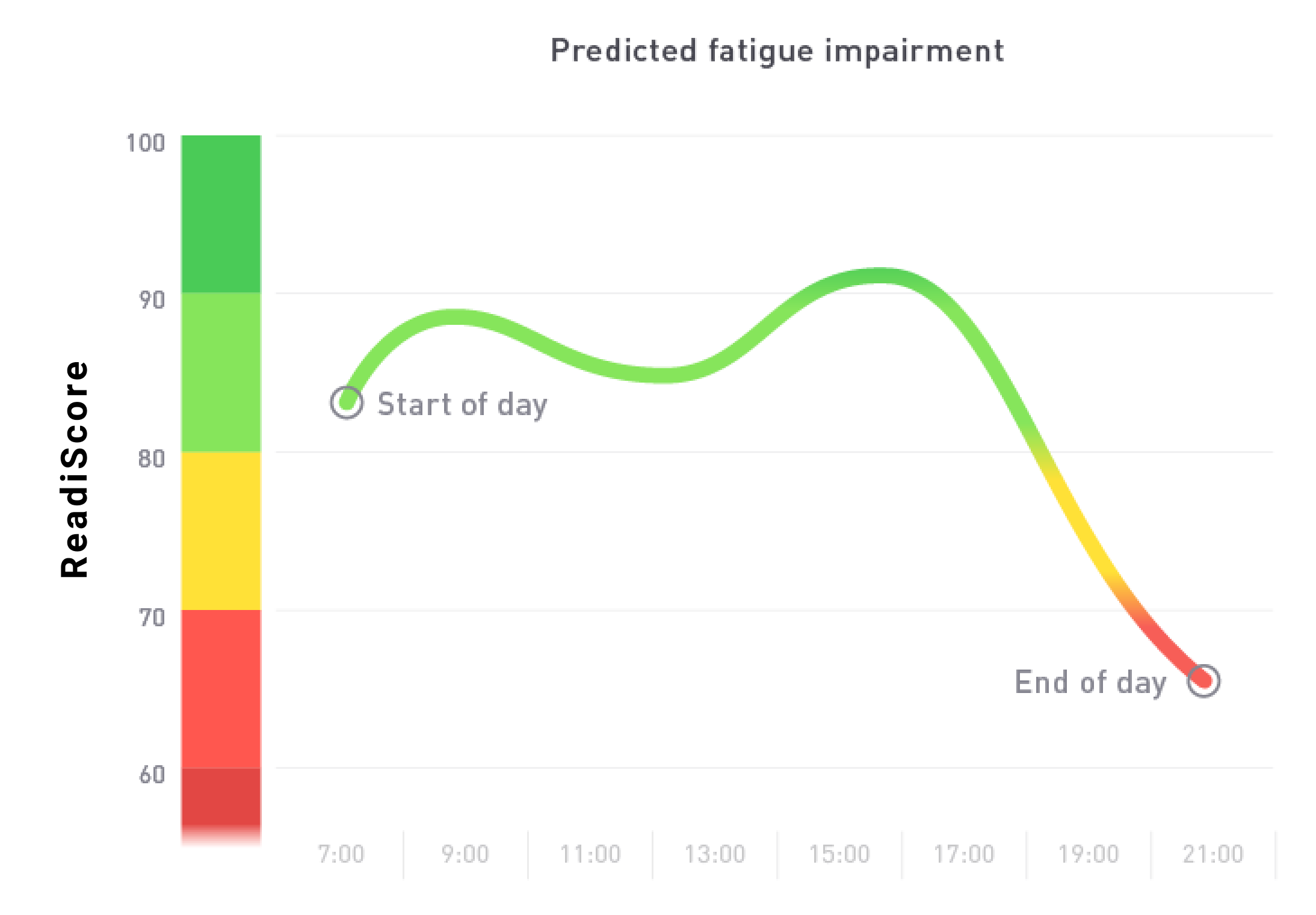 What is a circadian rhythm?
It’s a 24-hour internal body clock that’s running in the background of your brain and cycles between sleepiness and alertness at regular intervals.

It dips and rises through the day, and is influenced by lightness and darkness. We’re designed to be awake during the day and asleep at night.

So, when things like travel across time zones or shift work are at play, your circadian rhythm can be disrupted. This causes you to feel out of sorts and struggle to stay alert or perform at a high level.

While the dips and rises occur naturally and predictably every day, the intensity of the dips will be more pronounced when you’ve not had enough sleep.

How is the ReadiScore generated?

The score is powered by the SAFTE™ (Sleep, Activity, Fatigue, and Task Effectiveness) Fatigue Model, which was developed by the US Army Research Lab through 25 years of applied research.

The Model has been validated by the US Department of Transportation and shows a direct relationship between one’s ReadiScore and the likelihood they’ll experience a mental lapse. More about the SAFTE Fatigue Model